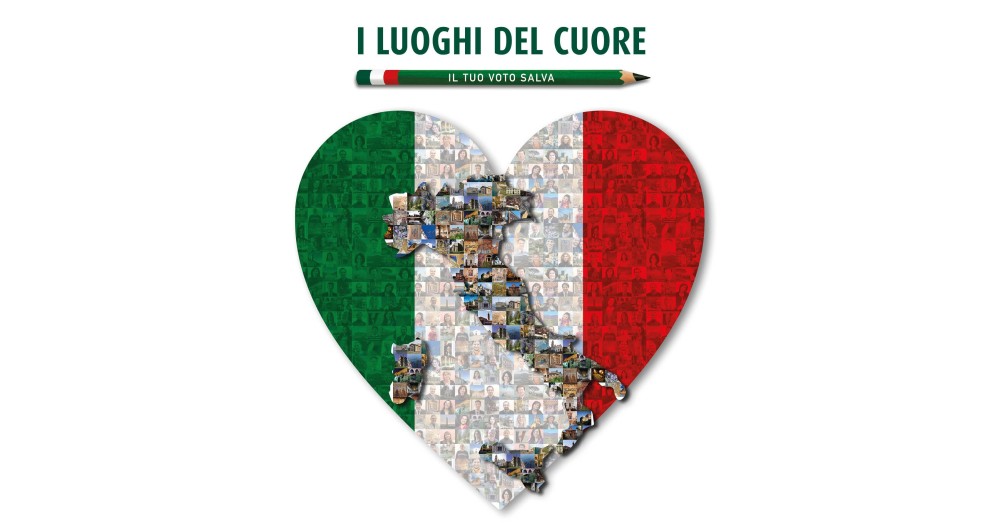 Which places are in your heart? That’s the question that FondoAmbiente Italia (FAI) is asking in its tenth “I Luoghi del Cuore” (“Places of the Heart”) campaign.

I Luoghi del Cuore was created in 2003 by FAI in collaboration with Intesa Sanpaolo as a way to involve Italians in preserving and promoting cultural and historic awareness. This vote-based survey takes place every other year and allows Italians the chance to tell FAI about the locales that have touched their hearts the most. After the voting period ends on December 15, FAI will then assist the locations that have received the most votes with specific preservation-related projects.

The very first Luogo del Cuore saved by FAI was the Mulino di Baresi (Bergamo, Lombardia) in 2005. To date, the project has assisted approximately 119 historic preservation projects in 19 regions of Italy. To date, no location in Irpinia has been named a Luogo del Cuore by FAI, however, with the locations that have been nominated this year, the area stands a good chance of being recognized.

Nominated locations in the Province of Avellino ranging from a rank of 2,000 and higher as of this blog post is below. The locations are listed in descending order from current highest to current lowest.

To vote, please click on one of the nominees– you will then be directed to a page with a photo gallery highlighting the location and a red box that states “Vota con 1 clic.” (Vote with one click) Some locations also have information about their history and importance to the community included in Italian that can be translated with Google Translate. Additional locations ranked below 2,000 can be viewed by clicking here, scrolling down and clicking on “Mostra Altri.” (Show more)

Again, this is not a complete list of all nominated locations in Irpinia, as there are hundreds! Please vote for your favorite– either in your ancestral town or a place that might speak to you. Your vote will help all of Irpinia with necessary historic preservation!